Dave Steel looks ahead to the flying delights of Spring and Summer on the moss.

The Spring and Summer out on Chat Moss then take Wing…

To wander out on Chat Moss at anytime of the year is ALWAYS a Delight, a Privilege, a Joy to me but in Spring and Summer there is the added bonus of that one season of flight by Dragonflies and Butterflies which to me fill every nook and cranny of their short span of life making the most of THEIR time to shine for once late autumn arrives most will have ‘had their day in the sun’ whilst hopefully leaving enough eggs within their chosen host plants that the next generation of these winged-flowers will emerge in the following season or so to paint our pathways with animated colour.

Horse Stingers (Dragonflies) and Devil’s Darning Needles (Damselflies) were the names once used for these harmless insects, to us humans, which although offering us no threat can be quite an awesome creature if you are a passing insect….including other smaller Dragonflies if such as a Common Hawker is on the wing!

My sightings of the gossamer winged Dragonflies and Damselflies have now started to happily increase as the Lancashire Wildlife Trust have been able to gain a foothold out on Chat Moss and in doing so the wetland habitat most favoured and required by these wondrous insects —a rich sweep of peaty pools and mire is on the increase on the Reserves. (Other species of Dragonflies/Damselflies not found on our mosslands require such a slow or fast running streams).

The lifespan of this fascinating group of insects never fails to amaze me for although they have but one summer of flight they actually have a lifespan ranging between a couple of months or as long as five years as nymphs which are quite voracious hunters in their watery home before they finally emerge for their one season of flight as an adult….to see a newly emerging dragonfly out on our mosslands is a truly amazing sight, for to me it offers transformation from the ferocious looking nymph into a colourful thing of beauty right before my eyes!

Dragonfly species I have encountered on our Moss are as follows 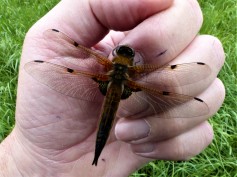 Butterflies….now here I do have grave concerns for their continued presence on Chat Moss for here I have seen nothing but decline in their numbers over the decades with the Butterfly Conservation Trusts findings from studies with the Centre for Ecology and Hydrology that almost three quarters of the UK Butterfly population has declined in recent decades. Then again we have the LWT making great efforts to re-establish habitats out on their reserves on our moss that should sustain a re-introduction of the Large Heath Butterfly. Their other work in creating mixed habitats is already helping other species to survive.

In my opinion the myopic drive to tidy everywhere up out on our wider mossland  is proving catastrophic for insects such as Butterflies which are in truth an indicator species for the health or otherwise of our countryside…but leaving such ponderous thoughts aside let us celebrate the butterflies that we can encounter out on our Chat Moss..my list consisting of a nice spread of species.

A joyful treat for the eye, a celebration of the artistry of nature, a positive pulse of fluttering beauty whenever I encounter these splashes of colour the true beauty of which I feel I have still yet to capture on my camera…which if it had a voice might say oh no not another shaky attempt to record another butterfly…then again it may also be saying phew just look at that incredibly beautiful summer of flight that those wings carry. 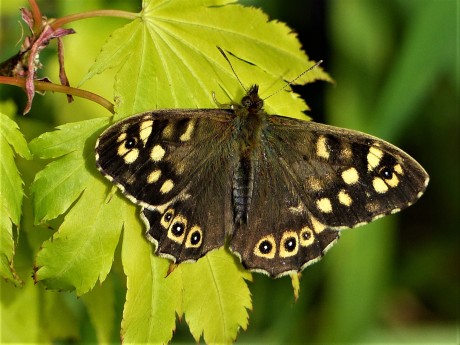 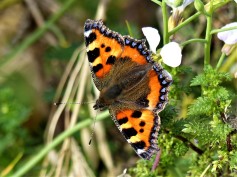