There are many different species of Sphagnum, and each has adapted to fill a particular niche – floating in water, lawns in hollows, in shade, in the open, in hummocks above the water level, even different positions within the hummock… There are spiky ones, chunky ones, tiny delicate dinky ones.  So, far from being a flat, monochrome environment, a natural bog is full of humps and dips, and a range of colours from pale ochre through all the greens to deep, wine red.

On Cadishead Moss we have mostly Sphagnum cuspidatum and fimbriatum, with a little Sphagnum palustre, subnitens, squarrosum, and very occasional clumps of introduced Sphagnum capillifolium, magellanicum and papillosum, mostly propagated, from fragments harvested in small amounts from other local sites, and grown in trays in our polytunnel.  We’re looking to increase the abundance of all of these species on the site to create more continuous carpets and hummocks of moss. 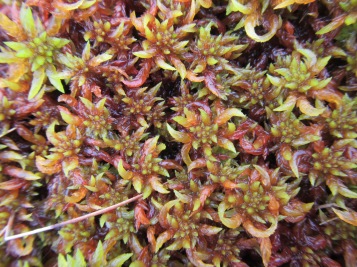 Little Woolden Moss had a few existing colonies of Sphagnum cuspidatum in the ditches, and we have introduced a small amount of all the others above, but larger amounts of Sphagnum fimbriatum in clumps directly from Cadishead, as we have lots of it there.  We’re looking to provide more vegetation to cover the bare peat areas on LW before introducing much more Sphagnum at this stage, but Sphagnum cuspidatum has colonised very widely in all the wet areas and shallow pools across the site.

Astley Moss has some large colonies of all the above species, along with Sphagnum fallax, and these have mostly occurred naturally over time and been spread around within the site to increase overall cover.

On all of the sites the aim is to improve conditions so that Sphagnum can thrive and spread into a complete blanket of moss, which is going to take a very long time! 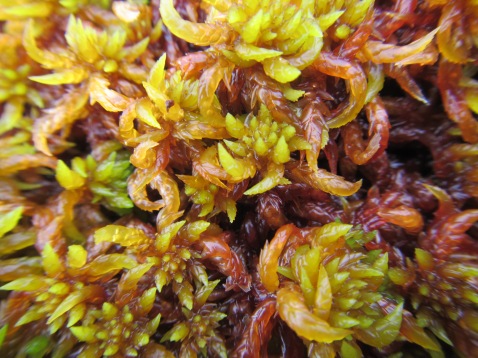 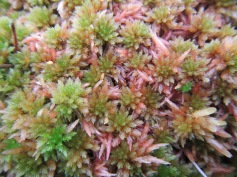 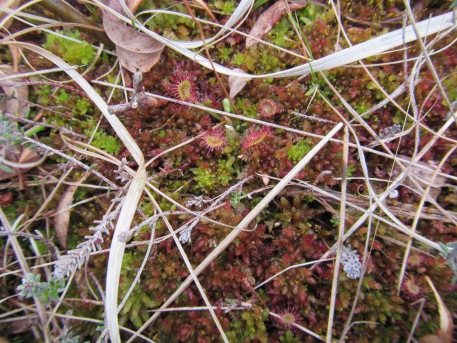 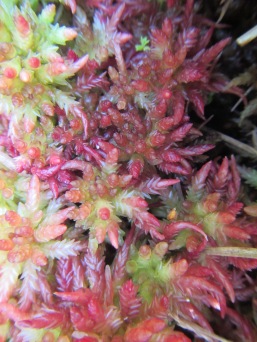 It’s not all moss! Along the edges of the mosses are a wide variety of wildflowers such as Comfrey and Tufted Vetch providing a food source for bees and butterflies. On the moss, amongst the Common and Hare’s Tail cotton grass, we have been helping the Wildlife Trust to plant Cross Leaved Heath, Bilberry, and Crowberry. There are also some more established Bog Myrtle plants which were grown and planted by a former volunteer.